Which Key is for me?

Believe it or not there are approximately 1700 keys or islands that make up the chain of the Florida Keys. The Keys extend 198 miles off the southern tip of Florida. The northernmost key is Soldier Key and the southernmost is the Dry Tortugas where Fort Jefferson National Park is located. Out of the 1700 keys, 143 are connected by the overseas highway and are the keys that the residents occupy. With 143 keys how do you know which key you should move to? 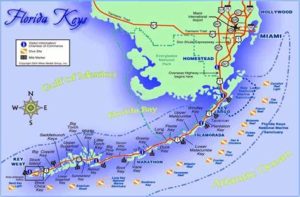 Well the 143 keys are broken up to 5 major locations. From south to north; Key West, Big Pine (Lower Keys), Marathon, Islamorada, and Key Largo. Key West and Big Pine are located in the lower keys. Marathon makes up the middle keys and Islamorada and Key Largo make up the upper Keys. 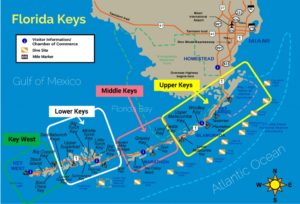 Key West is the southernmost city of the continental United States. It is located 90 miles north of Cuba but is 128 miles and 42 bridges from the mainland. Key West is the most popular tourist destination in the Keys and a very popular cruise ship port. The first inhabitants of Key West were ship salvagers, called wreckers. With over 1000 shipwrecks in the shallow waters off shore the wreckers would wait and watch the horizons for ships and when these inexperienced captains did not know the waters that surround the keys they would hit the reef and sink. You would hear shouts all through Key West, “Wreck ashore!” They would get in their boats and try to be the first to the location to claim the wreck and salvage the treasures. Key West became the wealthiest city per capita in the United States. Today Key West is famous for watersports, lively nightlife, beaches, historic sites and its pastel, conch-style architecture. Duval Street, one of the most energetic strips of shops, bars and cafes anywhere, offers locations such as Sloppy Joe’s bar, a favorite Key West hangout of novelist Ernest Hemingway. If the bar walls could talk they sure would have some wild stories. Mallory square is the location of the world famous sunset celebration. Many famous people call Key West home like Ernest Hemingway, Judy Blume, Bronson Arroyo, Harry Truman, Shel Silverstein, Tennessee Williams, and Kelly McGillis just to name a few. But the most world famous is Jimmy Buffett, still to this day is known to walk into many of the bars up and down Duval St but especially Sloppy Joes and just pick up a guitar and start playing and singing and he is of course barefoot.

Big Pine is a low-key relaxed group of islands. There are no major hotels or a lot of vacation rentals on this chain of islands. Big pine is a great place to go for quiet and to escape the business of everyday life. One of the best state parks, Bahia Honda State Park, you will ever find is located on these islands. It also hosts a lot of diving opportunities like Looe Key. Big Pine also has Key Deer which can be found nowhere else in the world. They look very much like their northern relatives but only stand about 24-30 inches tall, full grown. It is rumored that a deer from the mainland made the swim to Big Pine and because of our trees, fruit, and flowers being smaller than on the mainland over the years they became smaller and smaller. They are still great swimmers though and can be spotted many times when out on the water.

Marathon is referred to as the heart of the keys as it is directly in the middle of the keys halfway between Key West and the mainland of Florida. However I think it is referred to as the heart of the keys due to a real sense of community. It is the most kid-friendly and family orientated place in the entire keychain. The city of Marathon, boasts some of the best boating activities anywhere, including deep-sea, reef or flats fishing. Add to that waterfront restaurants, plus jet-ski tours, kayaking, paddle-boarding — or just cruising the turquoise waters. In Marathon, you can interact with dolphins at the Dolphin Research Center, feed stingrays at Aquarium Encounters, see and learn to appreciate sea turtles at the Turtle Hospital, get back to nature and history at Crane Point Hammock and Nature Trail and Curry Hammock State Park, or tour the area’s railroad history at Pigeon Key. 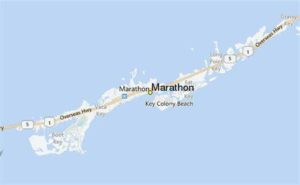 Islamorada, or purple island in Spanish, is a paradise your family will love to explore by land and by sea. Why purple island? It is due to the amount of Conch in the waters. As the conch shells were smashed upon the reefs and rocks on shore the sand began mixing with the small crushed up pieces of conch shell giving the sand and shorelines a purplish hue. Islamorada is known as the Sportfishing Capital of the World, and hosts the largest fishing fleet per square mile in the world. Some of the many televised sports fishing shows like Saltwater Experience and Captain Vogels Adventures are filmed here. Activities in, under, above or near the water are available 24 hours a day. Want more?  Theater of the Sea features dolphin and other marine life encounters. Exhibits at the History of Diving Museum include a 16th-century treasure chest. Windley Key Fossil Reef Geological State Park is a former quarry of the Key Largo limestone, or fossilized coral. Lignumvitae Key Botanical State Park has a tropical forest. Indian Key Historic State Park is a tiny island with 1800s ruins. 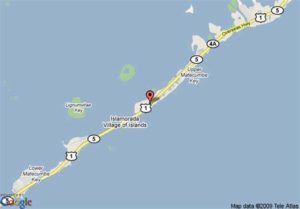 Key Largo or large key gets its name because it is the largest of the keys. It is also the closest group of keys to the mainland. Here you have the luxury of living and playing in the keys but can be to the mainland within minutes. Key Largo is the self-proclaimed Dive Capital of the World. It is home to the world’s largest artificial reef, the 510-foot USS Spiegel Grove, the John Pennekamp Coral Reef State Park and the African Queen. Everglades National Park is just a short trip away from Key Largo. Diving, snorkeling and glass-bottom boating in the clear waters of the Florida Keys National Marine Sanctuary are fantastic experiences. Water Sport activities in Key Largo are plentiful, including fishing, kayaking and swimming with the dolphins. 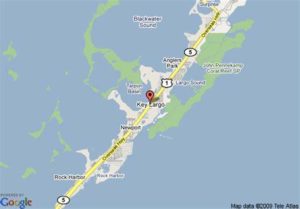 Whichever key you may choose you cannot go wrong. The keys are a location like nowhere else on this earth. You will soon get to experience the magic that our small paradise in this world holds. So come visit us, you just may never leave.